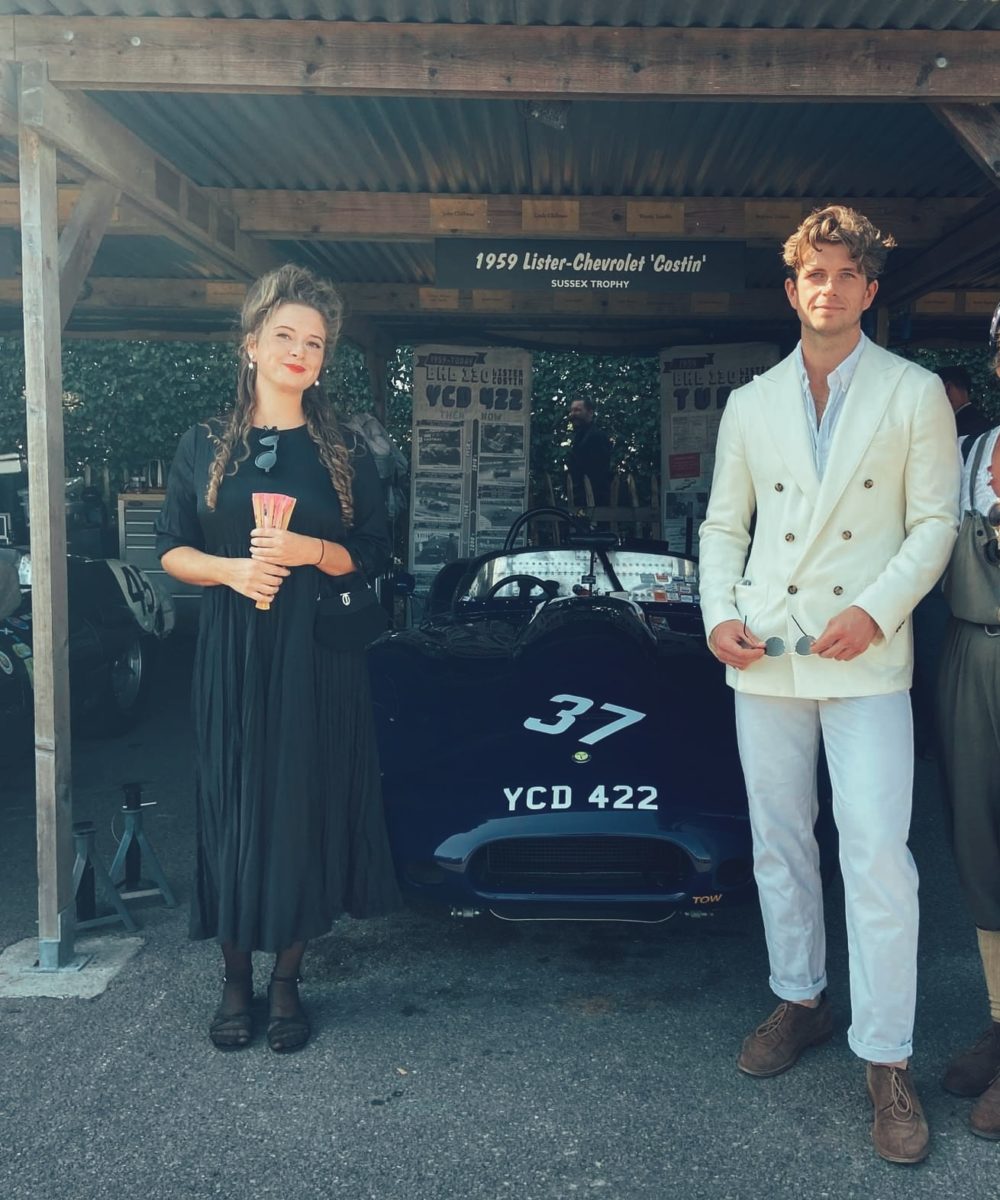 A Sussex boy, born and bred, Oli grew up with motoring blood on both sides of his family. His father was, and still is, a very keen amateur driver, having competed in various race series from Formula First, Formula Ford, Touring Cars and Caterhams, and was the man who gave Oli his first taste of competitive motorsport:

I can remember taking Oli to his first junior Karting meet at Tilbury, just outside London. He was only 4 years old at the time… quite a bit younger than I think he was technically supposed to be, but he took to it well and soon started putting in some pretty decent lap times. Thankfully, I don’t think any of the other dads noticed how young he was – he’s always been a big lad for his age!

However, it was Oli’s grandfather on his mother’s side that really inspired his passion for classic cars. A successful club-level driver in the late 1950s and early 1960s, Oli’s grandfather raced everything from a Condor Formula Junior single-seater (that he designed and built with his dear friend, Ted Whiteaway), to a Lotus MkVI, Lotus Seven, Lotus 17, Lister-Costin Jaguar (see picture), Lotus 19, Jaguar Mk2, and even an AC Cobra at the 1966 Monza 1000km.

It’s hardly surprising to discover, then, that it’s these machines that Oli finds himself most drawn to:

Don’t get me wrong, I can completely appreciate the incredible performance and engineering that characterises a lot of the more modern cars, and I’m definitely finding that my respect, admiration and interest in the pre-war era is continuing to grow with the more I learn, but if we’re talking about the cars that really tug at the heart strings, the ones that I find myself walking towards at Goodwood and Silverstone etc, then it’s usually something loud, front-engined and around about 60 years old!

Despite this background, however, Oli’s introduction to the world of classic cars has been, from a vocational perspective at least, a fairly recent affair. Having graduated from university with a degree in Physics, Oli went on to follow that well-worn path into the world of finance, spending the next couple of years working for an online brokerage firm in the city. But after realising that the ‘city boy’ life wasn’t really for him, Oli left for greener pastures and after a short period of soul searching (and some help and guidance from his grandfather), the proverbial light bulb went off:

In hindsight, I don’t know why it didn’t occur to me sooner! I’ve always loved classic cars – reading about them, looking through old photo archives, learning about the drivers, the histories etc – but I’d only ever considered it a hobby, something that I did in my spare time (or on quiet Friday afternoons at my old job…sorry boss!). So it was a bit of a revelation to suddenly realise that this could be more than a hobby for me, that I could actually make this my career. And so the fact that I now find myself as part of this new Hangar 136 project feels not only incredibly exciting, but like I’ve finally found the path I’m meant to be on.