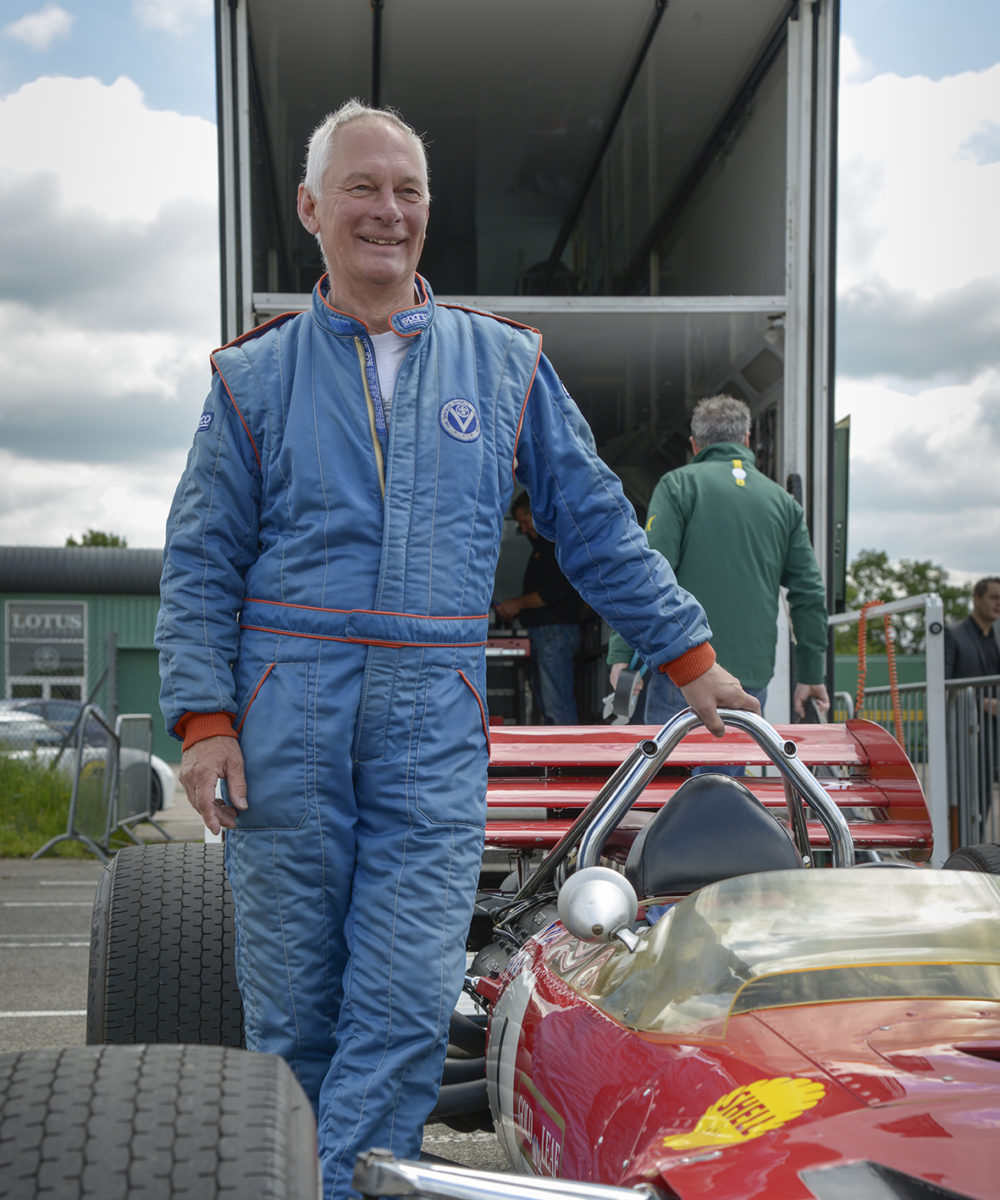 Professional Background/Occupation
Although now fully retired, I’m a Chartered Engineer, awarded an Honours Degree in Automotive Engineering, Loughborough University, after which I completed a graduate apprenticeship with Rolls-Royce Bentley, at Crewe, and obtained my professional engineering qualifications there.

During university vacations I worked at Tom Wheatcroft’s Donnington Collection, restoring and preserving historic race cars. I have also worked at March Engineering, Bicester, gaining race engineering experience alongside Robin Herd and Harvey Postlethwaite with drivers Ronnie Peterson, Niki Lauda and James Hunt; for a young engineer this was paradise.

After the time spent at Rolls Royce, I spent most of my adult life in the oil and gas exploration business, providing high integrity petrophysical data to the major oil companies worldwide.

I have raced a Brabham BT21, Lotus 20, Ferrari 355C and a variety of vintage cars with some success in the UK, Europe and South Africa, but have recently released my International historic race licence to concentrate more on my collection of vintage and classic touring cars, notably Lagonda, Bristol and Ferrari.

I am a Freeman of the City of London and a Liveryman with the Worshipful Company of Coachmakers where I’m involved in charitable work helping young people obtain skills and qualifications in historic vehicle restoration.

What was your first car?
Austin A35, subsequently fitted with a Shorrock supercharger.

What has been your favourite car that you’ve owned?
Ferrari 550M, which I still own.  This is such a gutsy car, without fussy electronic aids, and yet has beautiful lines and form.  If I may be bold, I would suggest it’s a proper chaps car.

What car do you most regret selling?
A difficult question and too many to list, but if I may be allowed to mention two, it would be a Brabham BT21 1.0L F3 car and an Aston Martin DB6 Mk2 Vantage.

What is your dream 3 car garage?
Lagonda LG45 Rapide in BRG, Aston Martin DB5 in Burnt Almond, and a Jaguar E-Type S2 Roadster in Ice Blue.

Why did you become a patron of Hangar 136?
From an early age I have been passionate about high-end automotive engineering, speed and prestigious marques of motor car.  Correspondingly, it is a privilege to be involved with Hanger 136 and to be able to contribute as they build their business.  I hope to bring best practice and guidance in business transparency, integrity and ethics and some long held knowledge of motor cars.